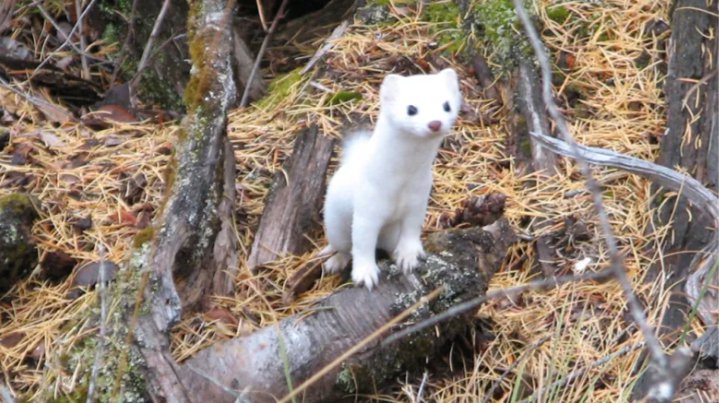 The Haida ermine is a new species; isolated from other ermines for more than 300,000 years it evolved several unique features.

Scientists have discovered a new species of ermine, small weasel-like creatures once prized for their fur, on Haida Gwaii.

The Haida Ermine has been isolated on the BC West Coast archipelago of islands for the past 300,000 years, after rising sea levels and the ice age cut off land connections with the mainland. After examining the creature's DNA and skull, scientists have found the ermine is so different from others found around the world that it's now considered to be its own species.

University of Kansas evolutionary biologist Jocelyn Colella said her team discovered that there are three species of ermine around the world, and one of them is only found on Haida Gwaii and Prince of Wales island in southeast Alaska.

The Haida Ermine looks different from other species, with an elongated skull. Colella said the BC creature's DNA is a combination of ermines found in North America and throughout Eurasia, probably from a rare hybridization event hundreds of thousands of years ago.

She said the discovery of the Haida ermine has led scientists who studied the mammal to believe that there could be other animals unique to archipelagoes like Haida Gwaii and the Prince of Wales Island, which acted as ice-free refuges during the last ice age.